Elizabeth C. Pritzker is a co-founding partner of Pritzker Levine LLP.  She has 29 years of litigation experience representing clients in antitrust matters, consumer cases, business and employment disputes, and in First Amendment-related litigation.

Ms. Pritzker practices exclusively in the areas of litigation, trial and client counseling.  She has successfully represented corporate clients, small businesses, public entities, nonprofit groups, labor unions, employees and injured persons in individual and class cases, and has counseled or successfully litigated on behalf of journalists and media clients.

Ms. Pritzker has served in a leadership capacity in numerous matters, including cases brought under federal and state antitrust, securities and consumer protection statutes.  In the antitrust arena, she was appointed Plaintiffs’ Class Counsel in Il Fornaio (America) Corporation v. Lazzari Fuel Company, LLC, an antitrust class action alleging customer allocation and bid-rigging among the major sellers of restaurant-grade mesquite charcoal.  Ms. Pritzker serves as Additional Class Counsel in In Re NCAA Grant-In-Aid Cap Antitrust Litigation, an antitrust action brought by current and former college football and men’s and women’s basketball players alleging that the NCAA cap on athletic scholarships is an unlawful restraint of trade.

In the consumer protection field, Ms. Pritzker and the Pritzker Levine firm have been appointed Interim Class Counsel in In Re Lenovo Adware Litigation, a multi-district class action for damages arising from the surreptitious installation of a Superfish spyware program by Lenovo on certain notebook computer models sold in the United States, and in Corcoran v. CVS Pharmacy, Inc., a class action alleging that CVS wrongfully overcharges consumers who are insured and have third-party prescription drug coverage for commonly prescribed generic prescription drugs.  Ms. Pritzker recently served on the Plaintiffs’ Executive Committee in In Re Adobe Systems, Inc. Privacy Litigation, a class action brought on behalf of users of Adobe software products whose personal private information or property were compromised as a result of alleged substandard security practices at Adobe that lead to a massive data and security breach in September 2013.

Since 2014, she has been a member of the Executive Committee of the Antitrust and Unfair Competition Law Section of the California Lawyers Association, where she has served as Secretary, Vice-Chair of E-Briefs, and Vice-Chair of Competition Journal.

Previously, Ms. Pritzker served by appointment to the Consumer Attorneys of California (CAOC) Board of Governors.  CAOC is a professional organization of plaintiffs’ attorneys representing consumers in cases involving personal injury, product liability, environmental degradation and other causes.  She also has been honored by the Society of Professional Journalists – Northern California Chapter with the organization’s prestigious “James Madison Freedom of Information Award” for her legal work on behalf of San Francisco Bay Area journalists and media.

A Boston, Massachusetts native, Ms. Pritzker received her undergraduate degree in Economics from McGill University in Montreal, Quebec, Canada. She obtained her Juris Doctor degree from the University of San Francisco School of Law.

Ms. Pritzker is a frequent commentator and lecturer on various topics, including antitrust law, class action procedure and practice, privacy law, electronic discovery, use and enforcement of the Freedom of Information Act and individual state right-to-know laws, and civil litigation and trial practice. She has served as a presenter on these and other issues on behalf of the American Association for Justice (AAJ), the San Francisco Trial Lawyers Association (SFTLA), the State Bar of California, the California First Amendment Coalition (CFAC) and Consumer Attorneys of California (CAOC), among others.

Ms. Pritzker is passionate about environmentally‐sensitive architecture and design. Her concern for the environment and the impact of consumer electronic waste on the health of the planet is depicted in the documentary film, The LightBulb Conspiracy: The Untold Story of Planned Obsolescence, by Cosima Dannoritzer.

Ms. Pritzker is a former board member of Bay Area Lawyers for Individual Freedom (BALIF).  During her board term, she served as member of the Executive Committee and a Co-Chair of BALIF’s Judiciary Committee.  Ms. Pritzker continues to serve as an Attorney Advisory member of the BALIF Judiciary Committee, which is active in identifying, supporting and promoting qualified LGBT lawyers to the state and federal bench.  Previously, she chaired BALIF’s Young Lawyers and Law Student Committee, where she oversaw and implemented BALIF’s ‘Connections’ Mentoring Program to match law students and new lawyers with established practitioners for mentoring and career development purposes.

Ms. Pritzker is a participating mentor in the area of antitrust law for the American Bar Association (ABA), Antitrust Law Section and Young Lawyers Division. She is a former board member of the Legal Aid Society of San Mateo County.

Ms. Pritzker resides with her family in the vibrant Temescal neighborhood of Oakland, California.  She speaks French, and is trying to learn Spanish as well as a bit of German. 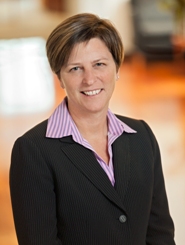