Pritzker Levine LLP and its attorneys have the knowledge, skill and experience to represent consumers in class action litigation against businesses and corporations who engage in fraud, deceptive marketing practices or produce defective, substandard goods and services.  A “class action” is a lawsuit in which one individual, or a group of individuals, file a lawsuit on behalf of persons who have been harmed by the same wrong or who have similar claims against the company.  By allowing multiple claims to be brought in one lawsuit, a class action provides a vehicle for everyday consumers to seek redress from large businesses and corporations for harms that might otherwise be too small – or too expensive — for them to address through individual lawsuits.   These suits also benefit our cash-strapped courts by allowing similar claims to be resolved in a single court and before one judge, as opposed to many courtrooms and judges.

To learn how our consumer fraud and timeshare attorneys can help you, or to discuss a possible consumer fraud or timeshare claim, please contact Elizabeth Pritzker at ecp@pritzkerlevine.com or call 415-692-0772 for a free consultation.

In Re: Lenovo Adware Litigation
Pritzker Levine serves as interim co-lead counsel for a proposed class of more than 800,000 consumers in a nationwide multi-district class action against Lenovo and Superfish for damages arising from the surreptitious installation of a Superfish spyware program by Lenovo on certain notebook computer models sold in the United States.  The Superfish program allowed Superfish to monitor and alter computer users’ internet search results, while at the same time making those computers vulnerable to security breaches and data theft.  The litigation is ongoing.
CVS Generic Drug Pricing Lawsuit
Pritzker Levine represents a proposed class of consumers in a nationwide class action against CVS Health Corporation and CVS Pharmacies, alleging that CVS wrongfully overcharges consumers who are insured and have third-party prescription drug coverage for more than 400 of the most popular and commonly prescribed generic prescription drugs.  The litigation is ongoing.
VW “Clean Diesel” Litigation
Pritzker Levine represents a proposed class of consumers in a nationwide class action against Volkswagen for damages arising from the company’s recent and shocking admission that it had installed illegal software in its 2009-2015 “clean diesel” Jetta, Passat, Golf, Beetle and Audi A3 vehicles to evade federal and state emissions testing.  These vehicles, when driven, actually emit 10 to 40 times the lawful amount of certain pollutants.  The litigation is ongoing.
In re Adobe Systems, Inc. Privacy Litigation
Representing consumers and a proposed class of users of Adobe software products whose personal private information or property were compromised as a result of alleged substandard security practices at Adobe that lead to a massive data and security breach in September 2013. The litigation is ongoing.
In re Providian Credit Card Cases
Represented (as Co-lead Counsel) a nationwide class of Providian credit card holders.  The lawsuit alleged that Providian engaged in unlawful, unfair and fraudulent business practices by charging its customers unauthorized fees and charges.  The case resulted in a $105 million settlement, plus injunctive relief, which is one of the largest class action recoveries in the United States arising out of consumer credit card litigation.
Gathron v. Chrysler Group, LLC
Represented consumers and a proposed class of California owners and lessees of model year 2011-2012 Dodge Chargers in class action litigation alleging that the headlight harness that Chrysler factory-installed in these vehicles was defective and posed a safety hazard.  This litigation was resolved after Chrysler agreed to a recall to fix the defect.
In re GIB, LLC Cases / In re Brazilian Blowout Class Action Litigation
Represented (as Co-lead Class Counsel) a certified settlement class of stylist and consumers in Judicial Council Coordinated Proceedings alleging that the distributor of the Brazilian Blowout line of hair-smoothing products and treatments deceptively marketed and sold the products/treatments as “formaldehyde free,” “salon safe” and as not containing harsh chemicals.  The class settlement provided monetary benefits and reimbursement of specified medical expenses to stylists and consumers, and includes substantial business practice changes with respect to the marketing, sale, handling, use and disposition of the Brazilian Blowout products.
GM Silverado “Piston Slap” Secret Warranty Lawsuit
Represented (as Class Counsel) a certified class of owners and lessees of Chevrolet Silverado trucks whose vehicle engines had abnormal “knock, ping or slap” noise.  The complaint alleged that GM maintained an Engine Knock Noise Adjustment Program that gave owners and lessees who complained about the problem free extended warranties, GM Protection Plans and other benefits, but that GM failed to notify all affected owners and lessees of the Adjustment Program and its benefits.  A court-approved class settlement ultimately was ratified by the Bankruptcy Court for the Southern District of New York after GM filed for bankruptcy protection, and cash payments obtained in the original settlement were paid out to class members in January 2013.
Apple iPod Battery Life Class Action
Represented (as Co-lead Class Counsel) consumers in nationwide class action lawsuit alleging that Apple’s advertising about the battery life of its First and Second Generation iPods was false and misleading.  The case resulted in a settlement conservatively valued at approximately $15 million, which provided warranty extensions, battery replacements, cash payments, and store credits for those class members who experienced a battery failure.
Sony BMG Digital Rights Management Consumer Class Action
Represented (as Co-lead Class Counsel) nationwide class of consumers alleging deceptive conduct in design, manufacture and sale of music CDs containing digital rights management (DRM) software containing security flaws and limiting use of the CDs.  The case resulted in a settlement that provided for a nationwide recall of certain CDs, the dissemination of software utilities to remove the offending DRM software, cash and other compensation for consumers, and injunctive relief governing SONY BMG’s use of DRM.

Represented (as Class Counsel) U.S. timeshare vacation program members of Raintree Vacation Club and Club Regina who were charged a Special Assessment Fee.  The case was settled on favorable terms for the class.

Wyndham/WorldMark-the-Club Class Action and Derivative Action
Represented (as Lead Class and Derivative Counsel) time-share owners in a nationwide class action challenging pricing of WorldMark resorts and in derivative litigation against the WorldMark Board of Directors challenging corporate governance matters. After more than four years of litigation in federal and state court, the case was settled on favorable terms for the class.
Benedict v. Diamond Resorts Corporation
Represented (as Co-lead Counsel) on class of timeshare owners challenging the imposition of an unauthorized Special Assessment fee for the repair of one of the timeshare resorts in Hawaii.  The case was settled in 2012. 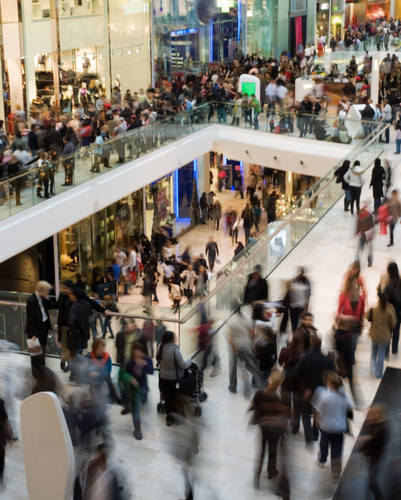