Under the False Claims Act, those who knowingly submit, or cause another person or entity to submit, false claims for payment of government funds are liable for three times the government’s damages plus civil penalties.  Types of fraud that fall under the Act may include Medicare and Medicaid fraud, nursing home fraud, fraud by defense and other government contractors, and fraudulent loans and grants obtained from the federal government.

The “qui tam” provision of the False Claims Act allows a person or people to act as whistleblowers and sue the wrongdoer on behalf of the U.S. government.  These cases are known as “qui tam” or “whistleblower” lawsuits.  Anyone who possesses inside knowledge about a fraud against the government can file a claim as a whistleblower.  A successful whistleblower is entitled to a percentage (ranging from 15 to 30 percent) of the total amount of monies the government recovers as a result of the lawsuit.

Many states, including California, also have their own laws to enable individuals to sue on behalf of state or local public entities that may be victims of such fraud.

Pritzker Levine LLP represents qui tam plaintiffs against individuals and companies that have defrauded the government, both to recover taxpayer money and obtain an appropriate award for the whistleblower who “stands up” to prosecute the fraud for the benefit the public. In certain cases, Pritzker Levine works with government prosecutors to litigate qui tam actions and bring wrongdoers to justice.

Under the financial reform legislation enacted in 2010, known as the Dodd-Frank Act, whistleblowers who provide the U.S. Securities and Exchange Commission (SEC) or the U.S. Commodity Futures Trading Commission (CFTC) with “original information” about a violation of federal securities laws or the Foreign Corrupt Practices Act may be entitled to a reward if the government acts on that information.  “Original information” refers to information that is unknown to the government and derived from the whistleblower’s independent knowledge or analysis.  The recovery in this type of whistleblower case can be from 10 to 30 percent of the total “monetary sanctions” imposed or collected from a successful action.

The Dodd Frank Act expressly prohibits retaliation by employers against individuals who become whistleblowers under the SEC’s whistleblower program.  The Act provides whistleblowers with a private cause of action in the event that they are discharged or discriminated against by their employers in violation of the Act.  Such an action may be brought in federal court and remedies include reinstatement, double back pay with interest, litigation costs, expert witness fees and attorney’s fees.

The Internal Revenue Service has its own separate whistleblower program with similar provisions for whistleblowers who report tax fraud to the IRS.

Pritzker Levine represents whistleblowers under the Dodd-Frank Ac and its attorneys have extensive experience representing whistleblowers before the SEC, CFTC and U.S. Department of Justice.

To learn how our false claims and whistleblower attorneys can help you, or to confidentially discuss a possible false claim or whistleblower matter, please contact Jonathan Levine at jkl@pritzkerlevine.com or call 415-692-0772 for a free consultation.

SFUSD v. Progress Energy Corp. False Claim Act Lawsuit
Represented, as part of a legal team, the San Francisco Unified School District in a False Claim Act lawsuit against Progress Energy Corp. and its subsidiary Progress Energy Solutions that recovered $43 million for the District.
FCC Whistleblower Defense of Right of Petition
Represented (as lead trial counsel) employee of telecommunications company who was sued for reporting false telecom spectrum bids submitted to the Federal Communications Commission by her employer; succeeded in having the lawsuit dismissed under California’s anti-SLAPP law, with fees and costs awarded to the client. 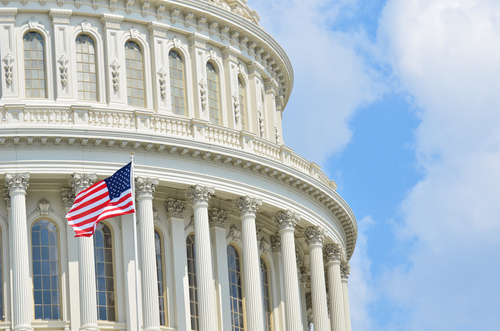